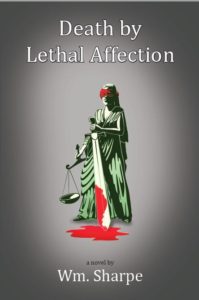 It’s here. It was published July 7 in both print and Kindle formats. Available at amazon.com and through other book stores. 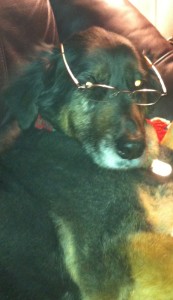 Where the Hell is your Damn Book?

All the Stuff We Didn’t Know About Publishing

Over the last month I have received several queries about the release of Death by Lethal Affection.

1) “Bill, when will your book be out, we are all looking forward to reading it?”

3) “I looked on Amazon and I couldn’t find your book, what’s the deal?”

4) “WTF, when’s your damn book coming out and where can I find it on Amazon?” There were a few more but these were the nicest ones.

Here are some answers:

We have learned a few interesting things through this publication process. In the beginning, we wondered what these conventional publishers could do for our project.  We found they could edit and that is expensive to do. They can take care of things like cover design and getting an ISBN numbers. They are willing to take control of your property put it on a production schedule of their choosing and then pretend they are going to promote your book. If your name is King or Patterson they actually may promote your book. For all these services, if the book is accepted, the author can expect maybe 10% for his efforts if he/she are lucky.

The whimsical group at BearhounD7 Productions decided, we could edit and we could design our own covers and we could do all this on our schedule. Amazon takes care of most everything else, ISBN number and promotion. The services offered by Amazon are as good as or better than a conventional publisher and we get to choose and maintain control of our project.

You may ask, “OK, but you BearhounD7 folks haven’t got the book out yet. So, what happened?” Good question and here is the answer.

We BearhounD7 folks were venturing into our first publishing project. We decided from what we had seen; what we had heard from colleagues who had worked with conventional publishers and what we believed we could do as a group to publish Death by Lethal Affection ourselves with the help and services that Amazon could provide. We were interested in keeping control of the project in the hands of people who cared about the project.

We knew that we would be doing a lot of on the job learning. We knew would make mistakes and we knew we would over estimate time schedules. We knew there would be times we regretted taking on this task and we would feel like idiots…we did…often. But we also knew and had confidence that we eventually would get it together and book two, three, four…..would come together faster and smoother than Death by Lethal Affection. We took the chance.

So the question is still, “What happened?” The book was written from late February to mid-July of 2015. It went into rewrites at the end of July to the end of August. We started the editing in late August and really believed that it would be out by late October. The editing process was more involved for a novel than for a short story or screenplay. We adjusted our launch date for early February. There were still edit problems due to yours truly, changing the timeline during rewrites and forgetting where that would impact the story down the line. This was caught in the next edit cycle causing a delay while Jim tried to figure out what was needed to do to fix it. We then adjusted the launch to April. We then ran into difficulty with cover art and design and a host of other little things that needed to be dealt with before we could complete the process. We now sit here humbled.  We have learned that a production timeline is as important as the story/book outline. We have learned that we need to change how we will be scheduling our editing and production timeline. Editing a book is very different than editing a film or film scripts. We have learned not to leave the “little things” to the end.

Here is the answer to the question, “When will Death by Lethal Affection be out?”  SOON…we hope.  Book two, “Justice Delayed,” is already a third written.

So, if you are a book geek, a word nerd, dedicated fiction reader or a casual reader, I hope the above explanation gives you an insight into this project, in terms of the independent publishing process at least our process. Of course, we have already begun to restructure and improve our process.

In the next few weeks I will be posting some short stories on the website (wmsharpe.com) to keep you busy until Death by Lethal Affection is released. Keep checking the Wm. Sharpe facebook page, the BearhounD7 and the wmsharpe.com.

The first short story will be a children’s story that was written for my daughter and her friends at St. Robert Bellarmine School in Redford Michigan. It is entitled “A BearhounD Thanksgiving.”